You reap what you saw in this IRON HARVEST!

I love a good RTS (Real-Time Strategy) game to sink myself into now and then, and it’s been a little while since I’ve played one that has held my attention or been good enough to recommend to my friends to pick up so that we can play multiplayer skirmishes together. Once I saw the news floating around for ‘Iron Harvest’, my interest piqued. It had a visual similarity to Company of Heroes in the way the units interacted with cover and picking up weapons, paired with an alternate 1920s fantasy setting with giant Steampunk Mech’s – I mean what’s not to like about that combination.

During the touting of Iron Harvest to potential backers on its Kickstarter campaign, the emphasis on the games design philosophy is to have a strategy and clever-tactics based playstyle over action and fast-clicks, with player freedom on its maps to pick a multitude of ways to combat the enemy rather than scripted set-pieces. All brilliant ideas, and if done right – the making of a great RTS.

So here I go, off into the land of Polania which is currently in a war with the Rusviet Empire. The game opens with some gorgeous digital oil painting scenes and then my senses are bombarded by a beautiful musical score that surprised me with how stunning it was. So far, everything is ticking all the right boxes and we aren’t even playing the game yet.

I click on Campaign and we’re off, a small in-game cutscene gives me an introduction to Anna Kos; a young girl being left out of a snowball fight by a group of young boys. Anna soon takes it upon herself to prove that she is a worthy opponent and this is the beginning of an excellent introduction to the tutorial for Iron Harvest.

In the tutorial, the campaign story continues along at a nice pace. Anna dispatches the boys with the timely intervention of her elder brother Janek, and then they both continue in an adventure as Anna receives some lessons from her brother in how to shoot a rifle. All the while you are learning more about micro-managing units in this tutorial, and some basics about movement, attacking, and making use of the maps environments.

After finishing the training with Janek, there is some more story which I won’t cover as I don’t want to spoil the ride. But the next mission in the campaign does see Anna pick up her honey-loving companion Wojtek the Brown Bear, and together they make an amazing unit. This is where the game starts to really kick-off, and we see enemy forces, some mechs, and now gain the ability to start building a base and making new units.

Make sure to make the most of the tutorial period as mastery of all the shortcut buttons for the buildings and infantry is needed if you want to become somewhat proficient at Iron Harvest. For example, making use of the retreat function can save a group of units or get your army back to your base quickly if it’s under attack.

Building bases, and creating an army are part of the favourite things I like about this type of combat RTS, but I was left a little frustrated with some of the base building mechanics. The area’s in which you can build your bases are very limited – you can’t just build on any little flat piece of ground, only in designated areas, which felt somewhat limiting to me. The troops and mechs available can be upgraded by upgrading the buildings that produce them, but these units are also very limited in number. I understand why this is, as otherwise you could just ‘turtle-up’ in your base until you have a massive army and then just go ‘Zerg’ around the map and swarm your enemies with just sheer numbers.

Having limited troop counts gives you more emphasis to pick and choose compatible units. I found myself choosing combinations of mechs and infantry that complimented each other, and made for a better strike force. However, and this was my main issue with the base building and unit sizes, was that I wanted to set up a nice defensive base with bunkers, barbed wire, mines, and sandbags, but to do this efficiently and quickly I need a load of engineers as it takes ages for them to perform any of the tasks. Then I’m stuck with these engineers until I can change them to another unit type by either finding a weapon crate on the map or looting a weapon type from an invading enemy unit etc.

These are just little niggles that I personally had though, as the game just didn’t cater to how I wanted to play and is not a bad reflection on the mechanics of Iron Harvest itself. I was still having fun slowly guiding my units around the maps and completing all the side objectives, capturing resources, and mowing down the enemies with my mechanical machines.

Eventually, you are introduced to the third faction in Iron Harvest – the Saxony Empire. Each faction has slightly differing units, mainly aesthetically, but some of the special abilities on the hero-classes and mechs are unique. This can make for some interesting gameplay choices, and they seem fairly balanced as far as I can tell so far, but I’m sure there will be some great strategies in the months that follow the release of Iron Harvest.

So would I recommend Iron Harvest to my friends? The answer to that is no, and it’s because of something I find truly game-breaking for me. The AI and especially the AI-pathing of the units, with mech units being the worst. The pathing problems made it almost impossible to leave any unit alone to navigate an area of the map. I remember an early level in the campaign where you had to take a train across a bridge to a tunnel to complete the map. There were two ways to destroy the enemy base and one was by walking head-on into the enemy over the bridge, or by taking a back road into the enemy base by walking around the pass at the back of the map. The AI pathing would not let me send my groups through either egress without units just going wherever they pleased. The only option was to guide them all through individually and this took bloody ages and made some levels that should have been a simple affair take hours.

Overall, I love the theme and feel of Iron Harvest, and if they can rectify the issues with the AI and the little bugs then this could be a really great RTS, but at the moment it’s just not hitting the nail on the head. I’m genuinely upset about this as Iron Harvest has so much potential, but I will keep checking back to see if it improves.

It contains images of and war inspired action but in a semi-fantasy setting. Parents discretion is advisable if letting small children play.

Disclaimer: This review is based on a retail copy of the game provided by PR for the purpose of this review.

There’s going to be an official Cyberpunk 2077 cosplay contest! 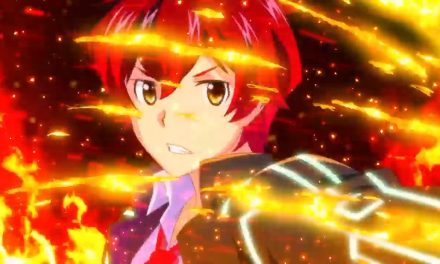 Million Arthur: Arcana Blood is bringing a whole lot of King Arthur to Steam this year

Must Have Indie Titles, Coming to a Nintendo Eshop Near You 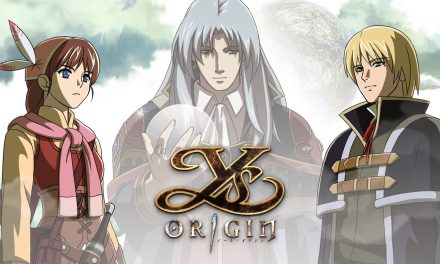